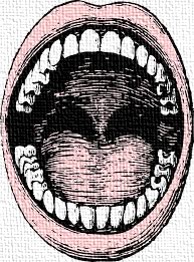 The American criminal justice system depends on the notion that only accurate and reliable evidence will be admitted against those accused of crimes.  In 2009, the National Academies of Science (N.A.S.) released a scathing report targeting questionable areas of scientific evidence that might potentially lead to false convictions. (“Strengthening Forensic Science in the United States: A Path Forward”)  In recent years, the controversy surrounding the admissibility of bite-mark evidence has begun to boil over as wrongful convictions stemming from questionable science continue to mount.

A raging controversy has brewed for years over the ability of so-called forensic dental experts to identify the perpetrator of a crime based a on comparison of the suspect’s teeth to a bite-mark left on a victim’s body.  Several days ago, the respected Texas Forensic Science Commission recommended a moratorium on the use of bite-mark evidence in criminal courtrooms.  The Texas panel noted that in scientific studies, bite-mark experts were often widely divided on whether they were seeing human bite marks, let alone whether they could match the suspected mark to a specific individual. (Reuters, 2/11/2016, “Influential Texas Panel Recommends halt to Use of Bite Mark Evidence”)  Given the widely publicized findings of the National Academies of Science in 2009, it is somewhat disappointing that it took seven years for the respected Texas commission to make a similar recommendation in its own jurisdiction.

Bite-mark evidence is often admitted to prove the identity of a perpetrator in murder, sexual assault and child abuse cases. (N.A.S. 2009)  The N.A.S. notes that the following methods of evidence collection and comparative analysis are often used in bite-mark cases:

(citing, American Board of Forensic Odontology, www.abfo.org) Despite general agreement concerning the appropriateness of commonly used collection techniques, serious questions arise concerning an expert’s ability to accurately identify the perpetrator of a crime absent DNA evidence swabbed from the location of the bite.  The N.A.S. noted the following concern:

“Unfortunately, bite marks on the skin will change over time and can be distorted by the elasticity of the skin, the unevenness  of the surface bite, and welling and healing.  These features may severely limit the validity of forensic odontology.  Also, some practical difficulties, such as distortions in photographs and changes over time in the dentition of suspects, may limit the accuracy of results.” 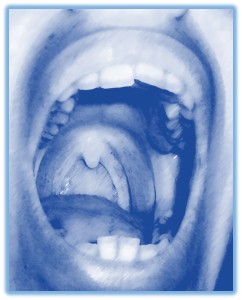 In 1976, the American Board of Forensic Odontolgy was formed under the National Institute of Justice.  Prosecutors eagerly embraced the pseudo-science underlying bite-mark identification evidence to convince juries across the United States to convict numerous criminal defendants of crimes they did not commit. Fortunately,  the rise of forensic DNA evidence in the early 1990’s paved the way for many exonerations.  Several noteworthy examples of men sentenced to lengthy sentences and even death by faulty bite-mark evidence include:

Mr. Jackson was convicted in 1989 for an aggravated sexual assault.  He was sentenced to 40-years in prison.  Jackson was identified by the victim in a photographic lineup.  Prosecutors also introduced evidence of a forensic odontologist who testified: “My conclusion is that Mr. Jackson is the person who bit this lady.”

Days after Willie’s conviction, his brother Milton Jackson stepped forward and confessed to the rape.  A critical eyewitness informed the police that he saw Milton Jackson near the scene of the crime, not Willie.  Prosecutors were undeterred.   They had their man.  Milton’s confession was disregarded.

In 2003, independent forensic dental experts were asked to look into the validity of the bite-mark evidence introduced against Willie Jackson at trial.  The experts concluded that the marks on the victim’s skin did not originate from Willie Jackson.  Mr. Jackson won a new trial and was released on bond.  In 2006, a DNA test of the victim’s rape kit definitively exonerated Mr. Jackson of the sexual assault.  Mr. Jackson’s brother was proven to be the rapist.  He was already serving a life sentence for an unrelated rape. (Innocence Project, the case of Willie Jackson)

Mr. Kennedy Brewer was arrested and convicted for the 1992 murder of his girlfriend’s daughter.  A forensic odontologist testified “without a doubt” that 19 marks on the child’s body were inflicted by Mr. Brewer.  Brewer was convicted of capital murder and sentenced to death.  In 2001, the Innocence Project petitioned the Mississippi Attorney General to conduct further DNA testing.  Forensic scientists developed a DNA profile matching Justin Albert Johnson, one of the original suspects in the case.  Justin Albert Johnson subsequently confessed to raping and murdering the child.

Shockingly, Justin Albert Johnson also confessed to raping and murdering another child in Noxubee, Mississippi several years earlier.  Mr. Levon Brooks was charged and convicted for committing the crime, based largely in part due to bite-mark evidence admitted against him by the same expert who testified against Kennedy Brewer.   Mr. Brooks was fortunate for Johnson’s confession since no suitable evidence existed for DNA testing in his case.  Levon Brooks was exonerated in 2008 due to Johnson’s confession and the stellar work of the Innocence Project. (Innocence Project, the case of Kennedy Brewer and Levon Brooks; see also “The Bite-Marks Men, Mississippi’s criminal forensic disaster, by Radley Balko)

Robert Lee Stinson was convicted of the 1984 murder of a 73-year-old woman.  Bite marks associated with the violent beating death were examined by Dr. Lowell Thomas Johnson of the Marquette University School at the time of the autopsy.  To preserve the evidence for a forensic comparison, Dr. Johnson had the injuries photographed and made a rubber impression of the victim’s right breast to purportedly preserve a three-dimensional bite impression.  He also preserved some of the tissue from the deeper bites found on the victim’s body.

Dr. Johnson later examined the government’s suspect, Robert Lee Stinson. Stinson’s teeth were photographed and a rubber impression was prepared of his mouth.  Dr. Johnson testified at Stinson’s trial that by taping a negative of Stinson’s teeth over a transparency of the bite mark, he was able to conclude that the bites on the victim “had to have been made by teeth identical in all of these characteristics to those [he] he examined on Robert Lee [Stinson].” (State of Wisconsin v. Stinson (1986) 397 N.W.2d 136, from Forensic Dentistry Online)

The Wisconsin Innocence Project commissioned a review the evidence against Mr. Stinson.  In 2005, DNA testing of saliva and blood stains found on the victim’s sweater excluded Robert Lee Stinson as the killer. (Innocence Project, the case of Robert Lee Stinson)   In 2008, the American Society of Odontology concluded that Mr. Stinson should have been “excluded” as the source of the bite mark based on evidence available to Dr. Johnson at the time of trial.  In 2009, the Milwaukee County District Attorney’s Office, did not oppose Robert Stinson’s motion to overturn his conviction.   Mr. Stinson spent 24 years in prison for a crime he did not commit.

The National Academies of Science and other investigative agencies have identified numerous possible reasons for the unacceptably high error rate noted in bite-mark identification cases:

Lack of Relevant Statistical Data:  Forensic bite-mark experts use comparison microscopy, video superimposition and other techniques to render opinions in court.  However, the N.A.S. notes that there are no established guidelines for suggesting a scientific degree of probability that the defendant is the source of the bite mark.  (N.A.S. Report at 174.)

The discipline further lacks scientific evidence of the reproducibility of findings by different experts, or the same expert over time.  The N.A.S. found that even when using established guidelines, “different experts provide widely differing results and a high percentage of false positive matches.” (N.A.S. Report at 174.)

According to the N.A.S., many theoretical studies on bite-mark identification used samples which included far more teeth than those documented on victims.  (Id. at 174.)  If a bite-mark is compared to a suspect’s dental impression and the suspect cannot be excluded, there is simply no established science which predicts the percentage of the population that could have produced the impression. (Id. at 174.)    The uniqueness of human dental impressions has not been established.

Expert Bias:  Forensic odontologists interact closely with police investigators and typically only receive a limited number of suspects for comparison to the victim’s bite injury. Bite-mark evidence is typically associated with high profile cases.  There may be a great deal of pressure on the examiner to declare a match, particularly when he or she is aware of other evidence in the case. (See N.A.S. Report at 175.)

Problems with Evidence Collection and Analysis: Serious questions exist concerning the value of current methods used for evidence collection.  Many pose the question, “How accurately does human skin record a bite mark impression?”  Skewed results arising in the criminal justice system cast serious doubt as to whether accepted collection techniques are sufficient for assessing the probative value of a bite-mark impression.

The National Academies of Science and the Texas Forensic Science Commission should be commended for cautioning against the use of junk science in criminal courtrooms.  Prosecutors and defense attorneys all know that jurors place great weight on any evidence cloaked in the aura of science.  Comparison bite-mark identification should be excluded from all American criminal courtrooms given the current lack of scientific research demonstrating its reliability.

Author’s Background:  I am a former supervising attorney and homicide prosecutor in the Ventura County District Attorney’s Office.  I now proudly serve criminal defendants in Ventura, West Los Angeles and Santa Barbara counties.  I am also an adjunct professor at Pepperdine University School of Law where I teach pre-trial case preparation in criminal cases.