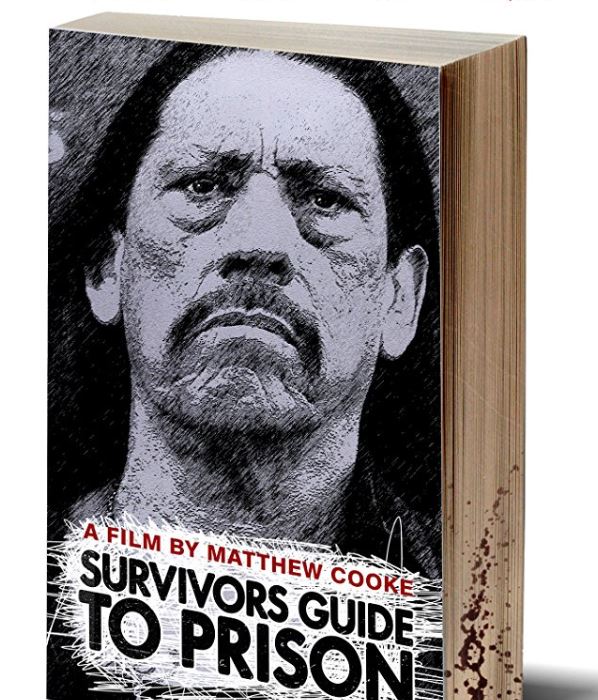 Netflix recently released the “Survivors Guide to Prison,” a chilling explanation of how the criminal justice system can go terribly wrong in important cases. Directed by Matthew Cooke, the “Survivors Guide to Prison” is a must-see for anyone interested in criminal justice reform. More importantly, the film is an important reminder for all citizens to invoke their right to an attorney before submitting to any questioning by police.1 The film stresses that if you want to stay “out” of prison, keep your mouth shut and invoke your constitutional right to remain silent, and to have an attorney present when you are questioned by police.

The “Survivors Guide to Prison” addresses the life-altering ramifications heaped on innocent suspects by incompetent and biased police investigators. The film highlights several criminal justice horror stories, including the true-life accounts of Bruce Lisker and Reggie Cole, two California men wrongfully convicted of murder due to police misconduct and a system that helps the government at seemingly every turn.

The occasional story of incompetent or biased police officers is nothing new. The “Survivors Guide to Prison” takes the analysis to the next level. It explains the system in the way that insiders know to be true. The film’s message is conveyed, in part, through the voice of the wrongfully condemned. The documentary digs deep into the psychology of the criminal justice system to explain why an act of bias or misconduct goes undiscovered before an innocent person is convicted and sent to prison.

Ask for An Attorney

Actor and musician Ice-T warns viewers to immediately ask for an attorney when contacted by the police. Heed his words as a sound warning, not an anti-police rant. Ice-T’s pointed advice acknowledges merely that all investigators are prone to bias and a slanted viewpoint in an accusatorial criminal justice system. If you submit to an unrecorded interview by the police, your words and meaning will be subject to the officer’s later interpretation and memory. He may wait a significant amount of time before writing a report, and only document facts deemed essential to his point of view. Just remember, “it’s not what you say to the police that’s important in court, it’s what the officer later says you said.”

Even if the officer records your statement, police officers are allowed by law to deceive you and to confuse you using psychological ruses.5 Under the intense pressure of a police interrogation, many people make statements they later claim to be wildly inaccurate or patently false. In California for example, a police detective may loudly and aggressively accuse a suspect of lying without fear that the hostile interrogation will be excluded from a jury’s consideration.4 According to the Innocence Project, “more than 1 out of 4 people wrongfully convicted but later exonerated by DNA evidence made a false confession or incriminating statement.”2 This statistic carries profound implications for the vast majority of cases where no evidence with the certitude of DNA can later surface to correct the systems wrongs.

Citizens lack the protection given to police officers when suspected of wrongdoing. If a police officer is involved in potential wrongdoing or illegal use of force, police investigators always provide them with the time to gather their thoughts and to consult with an attorney before deciding to make a statement. The “Survivors Guide to Prison” advocates that you do the same. Police investigators argue that officers involved in shootings, for example, cannot be expected to remember details of the event soon after it occurs accurately. However, when a civilian is involved in a highly stressful situation, officers immediately attempt to pin them down to a story, sometimes using leading and hostile questioning.

The rest of your life in terms of your freedom or personal reputation may depend on how you answer an officer’s question.  Do you really want to stake your freedom on an interrogation that occurs while you are upset, nervous and ignorant of the law?  No!  Politely ask for an attorney repeatedly if officers suspect you of a crime and attempt to question you.  The Constitution guarantees you the right against self-incrimination.  Use it!

The “Survivors Guide to Prison” touches heavily on the institutional reality of coercive or leveraged plea bargaining. The system would implode unless the vast majority of cases ended in a guilty plea. The “Survivors Guide to Prison” explains why even an innocent person will clamor for a deal once they have been locked in the bowels of a county jail and threatened with an egregious maximum prison sentence.

Despite whatever you have heard about the “presumption of innocence,” you are presumed guilty when you first step into a court and a judge considers the amount of your bail.  Any belief that the system presumes your innocence will be ripped from you at your bail hearing.  The facts outlined in the police officer’s version of what you allegedly did are assumed to be true on the issue of bail. If accused of a serious crime, expect to return your jail cell with a high bail and settle in for the ride.

Unless you can afford bail and a visit by a private attorney, you may find yourself sitting in a jail cell for weeks on end with little to no knowledge of what the allegations against you are. When your court-appointed lawyer has an opportunity to explain the charges against you, you may also learn for the first time that the prosecution is willing to offer you a reduced sentence if you quickly take a plea bargain before contesting your case. You may also learn that the prosecutor is threatening extreme punishment if you fail to step up “and take responsibility” for the accusations against you. At this time, many criminal defendants realize that the criminal justice system can be reduced to a poker game. Few men and women have the guts to take the case all the way regardless of the consequences. Most defendants, including some innocent people, decide to make the best out of a bad situation and take a deal.   Conviction rates achieved through plea bargaining show that few people possess the nerve to determine whether the prosecutor is bluffing about the strength of his/her case by going all the way to trial.

Countless Laws Render Too Many Subject to Imprisonment

State and federal governments so actively pass new criminal statutes that a large percentage of the public is subject to jail or imprisonment. The “Survivors Guide to Prison” notes that 13 million Americans endure arrest every year. The threat of arrest looms large for the average Joe walking the street as well as anyone involved in complex business or other affairs. The “Survivors Guide to Prison” notes the intense American desire to criminalize nearly every social problem with correspondingly draconian jail sentences. For this reason, the current bi-partisan push for prison reform seems to be finding traction in even conservative political circles.

A Call For Understanding

The second half of the “Survivors Guide to Prison” calls for compassion for convicted felons. Although many viewers may understandably bristle at calls for leniency for any person convicted of crimes as serious as murder, the film’s point of view is worth considering in light of the undeniable statistics comparing sky-high American incarceration rates with other nations.  Most importantly, the “Survivors Guide to Prison” offers compelling insight into how innocent men and women can fall prey to wrongful conviction.

Bill Haney serves as a criminal defense attorney in Ventura County. He is a former supervising attorney and homicide prosecutor in the Ventura County District Attorney’s Office. Mr. Haney recently served as an adjunct faculty member of Pepperdine University’s School of Law.  He instructed students on pertinent issues in the criminal justice system, including the realities of coercive plea bargaining.

Mr. Haney spearheaded the investigation into the wrongful conviction of Mr. Efren Cruz while serving as a prosecutor in 2001.3  Due to the unwillingness of prosecutors in a neighboring jurisdiction to act on compelling evidence of Mr. Cruz’s innocence, Mr. Haney and like-minded police investigators testified on behalf of the defendant at his habeas corpus proceeding.  The exoneration of Efren Cruz profoundly impacted Mr. Haney’s view of the accuracy of the justice system.  The system is only as accurate as the professionalism exhibited by the stakeholders who comprise its ranks.  To function correctly, the justice system requires that police officers, judges, prosecutors and criminal defense attorneys all maintain professional standards and dutifully carry out their obligations under the law.

1 See https://www.facebook.com/survivorsguidetoprison/ see also: https://www.imdb.com/title/tt4323370/
2 https://www.innocenceproject.org/causes/false-confessions-admissions/
3 https://www.law.umich.edu/special/exoneration/Pages/casedetail.aspx?caseid=3938; see also http://articles.latimes.com/2001/oct/13/local/me-56665
4 In re Joe (1980) 24 Cal.App.4th 1399, 1409.
5 Consider the following guidance from California Criminal Law Procedure and Practice, Section 23.32B, Confessions and Admissions re When Statements are Involuntary: “Deception that is reasonably likely to produce an untrue statement results in a finding that the statement is involuntary. In most situations, however, the courts find the deception involved was not likely to result in an untrue statement.” Citing People v. Mays (2009) 174 Cal.App.4th 156; People v. Smith (2007) 40 Cal.4th 483, 505.