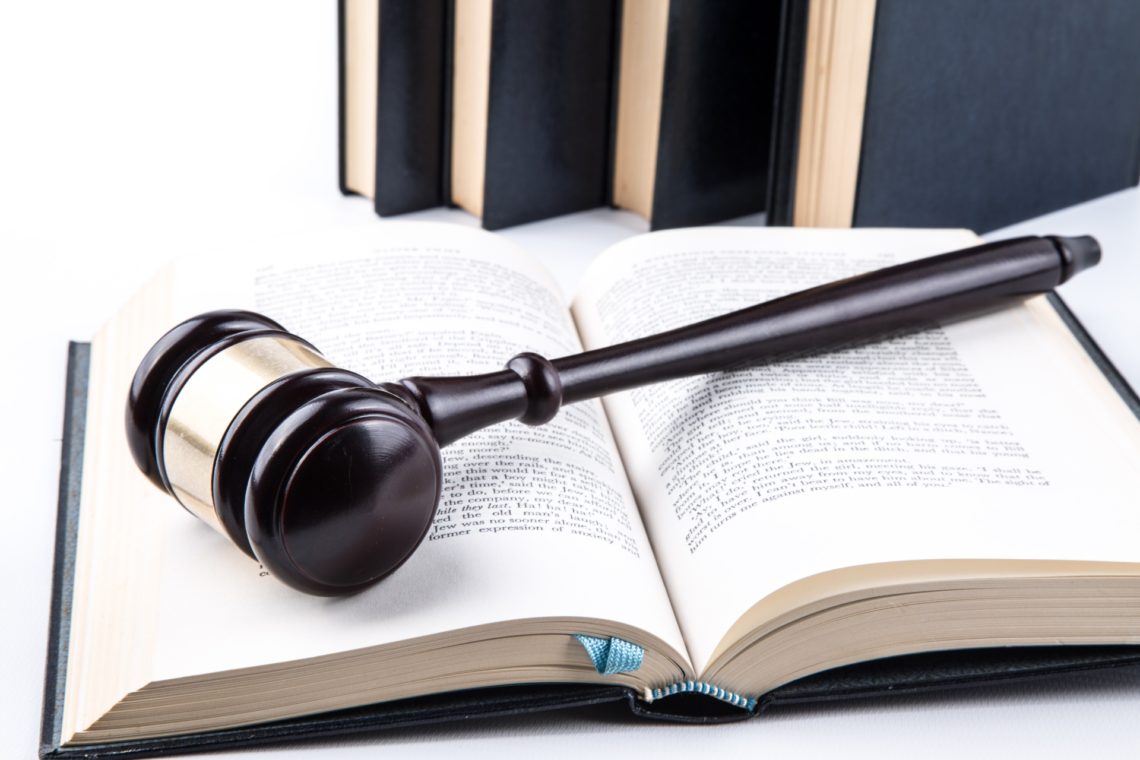 The Oxnard Police Department unveiled its “Shoulder Tap” sting operation program recently for the Ventura County Star. In an article entitled, “Oxnard police target adults who buy alcohol for minors,” a veteran police officer proudly described how Oxnard residents are singled out by underage decoys to determine whether they will purchase alcohol for a minor (under 21) when asked to do so.  It appears that each citizen targeted by the department was minding his own business and had no intent of breaking the law before officers plotted to test his integrity.   In the case of each arrest, the unwitting citizen was singled out for the government “integrity check” using selection criteria that has yet to be disclosed.  For those who agreed in the spur of the moment to buy alcohol for the decoy, an otherwise normal day ended in arrest and a future court date.

The Oxnard Police Department’s practices are highly troubling and deserve public scorn, even if those arrested lack a valid claim of “entrapment” under California law.  The police department’s scheme would certainly violate the federal notion of “entrapment” set forth in a landmark United States Supreme Court decision.

The Oxnard Police Department is following the lead of California’s Alcoholic Beverage Control Department.   The Department touts the “Decoy Shoulder Tap Program” as a “newly-created enforcement program that ABC and local law enforcement agencies” use to deter the unlawful purchase of alcohol for minors. (See Cal. Dep. ABC, Shoulder Tap Program)  According to the state agency, “[d]uring the program, a minor decoy, under the direct supervision of law enforcement officers, solicits adults outside ABC licensed stores to buy the minor decoy alcohol.  Any person seen furnishing alcohol to the minor decoy is arrested for furnishing alcohol to a minor, a violation of Section 25658(a) of the Business and Professions Code.

The Department of ABC encourages local police agencies to involve the media in its sting operations.  The Oxnard Police Department followed the ABC script by obtaining support from the county’s leading newspaper.  The Star article virtually mirrors the program talking points set forth on the Department of ABC website.

Sting operations play a vital role in any police department’s law enforcement mission.  There is a healthy debate, however, concerning “who” should be targeted for arrest, and under what circumstances.

The Center for Problem-Oriented Policing asks the question, “Is it the government’s role to construct enticements and situations that encourage all citizens to commit a crime?” (“Negative Features of Sting Operations,” Center for POP)   The resounding answer must be “no!”   It is the hallmark of an authoritarian state to randomly target a person without cause to test his knowledge and obedience to state power where there is no prior basis to suggest that the person is anything other than law abiding.

In its PR campaign, the lead Oxnard officer touted the Shoulder Tap program as an effort to combat gang-related crime, robberies and several murders in the neighborhood where residents were targeted by the Department’s task force.  The article does not address, however, the connection between even a single violent crime and underage drinking.   Why should seemingly law abiding citizens from a low-income neighborhood be targeted for government “integrity checks” when underage drinking is far more serious in wealthier neighborhoods?  According to the Journal of Studies on Alcohol and Drugs, young people from the highest socioeconomic family backgrounds (income, wealth and parental education) are the most prone to alcohol and marijuana use.  (J Stud Alcohol Drugs. 2012 Sep; 73(5):772-782)

Oxnard officers dedicated 12 or more officers to the sting operation.  If the operation lasted just four hours, then 50+ man hours of vital police resources were deviated away from solving serious crime, to targeting seemingly law abiding people walking through life with no criminal intent.

“Entrapment” is a defense to criminal prosecution.  California’s entrapment defense is far more narrow than the defense available under federal law.

In federal court, the test is “subjective” in that the government must show that the defendant had an “intent or predisposition” to commit the crime. (United States v. Russell (1973) 411 U.S. 423, 429.)   The federal test would render a perfect defense to anyone targeted by Oxnard’s Shoulder Tap program, as long as the person was selected at random and without any evidence that he/she was predisposed to purchase alcohol for a minor.  Underscoring the reason behind the federal entrapment test, the United States Supreme Court wrote: “In their zeal to enforce the law . . . Government agents may not originate a criminal design, implant in an innocent person’s mind the disposition to commit a criminal act, and then induce commission of the crime so that the Government may prosecute.” (Jacobson v. U.S. (1992) 503 U.S. 540)  The words of the Supreme Court should give pause to anyone considering the twisted ethics underlying a sting operation that selects and targets persons for arrest without any pre-existing suspicion of prior criminal activity.

The Shoulder Tap program exploits the more narrow California entrapment test.  Under California law, the test is “objective.”  Entrapment is established if the law enforcement conduct is likely to induce a normally law-abiding person to commit the offense. (People v. Smith (2003) 31 Cal.4th 1207.)   The defendant has the burden of proving that he was entrapped by a “preponderance” of the evidence.  (i.e., that he “more likely than not” was unlawfully entrapped by officers.)  Officers or their agents may entrap a person by doing any of the following:

Under California law, it is still possible to argue that those targeted by the department were entrapped.  The words used by the decoy and the totality of the circumstances may give rise to the defense.  It is hoped that the Ventura County Public Defender will aggressively defend anyone caught up in the Shoulder Tap sting operation.  Overreaching government sting operations should be aggressively challenged by the criminal defense bar in any manner possible.

Despite California’s “objective” standard for entrapment, the Supreme Court has left open the possibility that a sting operation may be challenged where the government conduct is outrageous. (People v. Smith (2003) 31 Cal.4th 1207.)   It is hoped that the Ventura County Public Defender’s Office or any other motivated advocacy group will obtain overall statistics concerning the profile of those targeted by the Department’s Shoulder Tap sting operation.  If undercover operatives are deployed to disproportionately test the integrity of one ethnic group over another, then a claim of outrageous government conduct may materialize in the Superior Court.

The Difference Between Targeting Private Citizens and Businesses

Law enforcement agencies have a long-standing history of targeting businesses to determine whether store employees will sell alcohol to underage decoys.  The appropriateness of such a sting operation is highly distinguishable from the Shoulder Tap operation.

Businesses holding a license to sell alcohol have a regulatory obligation to follow all laws detailing the sale of alcohol.  Business owners have special training and knowledge regarding the subject matter of their license.  Random compliance checks are therefore appropriate.

When it comes to the average citizen, the full complexity of overlapping local, state and federal law is so complex that almost any person could be vulnerable to covert sting operations.  In the case of the Shoulder Tap sting, the police department selected a Business and Professions Code violation to test the integrity of otherwise law abiding citizens.  There is nothing stopping officers from using any random statute from the Penal Code, Health and Safety Code, Government Code, etc. to determine if an unsuspecting person will pass or fail their integrity test at a time, place and manner selected by a government decoy.   Challenging overreaching government activity of this nature is absolutely necessary to preclude authoritarian state action.

Police unions decry random integrity checks designed to test the honesty of officers.  The Oxnard Police Department’s Union should be asked if rank and file officers support random sting operations testing the integrity of police personnel both on and off duty.  The answer is almost certainly “no.”  In fact, random integrity checks targeting police officers would understandably undermine the morale of the rank and file.  Officers should not be followed around, tested with decoys and videotaped absent some reasonable suspicion that a given officer is misbehaving.   Why should private citizens be treated any differently?

The District Attorney should be encouraged to “reject” Shoulder Tap cases for prosecution.  Random citizen integrity checks are deplorable, and cause suspicion and distrust for government authority.  If the District Attorney gets behind the Shoulder Tap program, it is hoped that the Ventura County Public Defender’s Office will aggressively challenge the legality of the program, and whether certain minority groups are disproportionately targeted for arrest.

About the Author:  I am a former supervising prosecutor in the Ventura County District Attorney’s Office.  I am now in private practice in Ventura, California where I specialize in the defense of criminal cases.  I am also an adjunct faculty member at Pepperdine University School of Law.