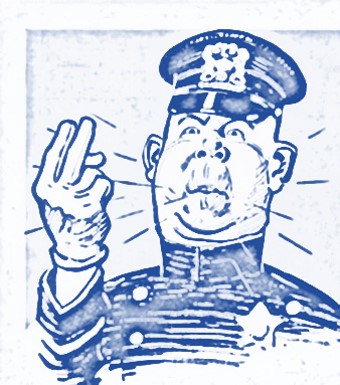 It is a crime for a California peace officer to refuse to arrest, or refuse to receive a person for arrest where a duty to arrest exists.(1)

The crime is punishable in the following manner:

The law essentially punishes any peace officer who willfully neglects his or her public duty.(2)  A peace officer generally has the authority, however, to release a person soon after arresting them.(3) The officer has fulfilled his or her duty by making the arrest.(4)

The statute supports the basis for peace officers receiving individuals placed under citizen’s arrest.  The purpose of the statute is to keep the public peace, and to ensure that officers are fulfilling their lawful duties.(5)

In 1990, the California Attorney General rendered an opinion that a peace officer must accept a person into custody who has been placed under citizen’s arrest for a crime even though the officer believes that there is insufficient grounds for making a criminal complaint.(6)

(1) Penal Code Section 142(a) reads: “Any peace officer who has the authority to receive or arrest a person charged with a criminal offense and willfully refuses to receive or arrest that person shall be punished by a fine not exceeding ten thousand ($10,000) dollars, or by imprisonment in a county jail not exceeding one year . . .or by both that fine and imprisonment.”

(5) See 73 Ops.Cal.Atty.Gen 291 (Cal.A.G.), 1990 WL484773 [Attorney General’s Answer to official question asked by Ventura County District Attorney Michael D. Brabury: “Must a California peace officer accept custody of a person who has been placed under citizen’s arrest for a crime when requested to do so by the person who made the arrest if the officer is satisfied that there is insufficient grounds for making a criminal complaint against the person arrested?”