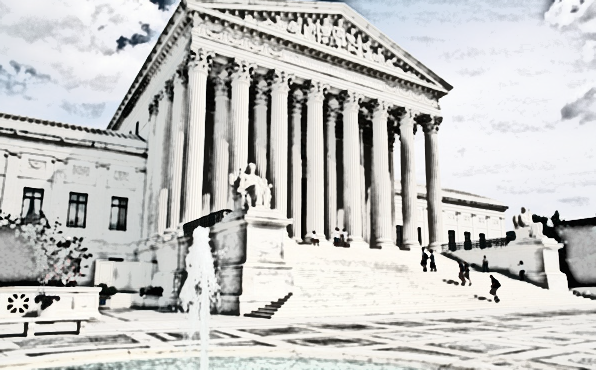 Criminal defense attorneys have been frustrated for decades by the scope of police expert testimony allowed in California gang cases.  In countless trials, police officers qualified as gang experts have been permitted by judges to testify to historical information about the gang, and the defendant’s alleged affiliation with the group.   Gang experts are routinely allowed to review an old police report and testify to the information in the report as if the facts were true, even though the officer was not the author of the report and had no involvement in the previous investigation.   In People v. Marcos Arturo Sanchez (2016) 63 Cal.4th 665, the Supreme Court placed an important limitation on this practice that should greatly improve the fairness of gang-related trials.

In the Sanchez case, the defendant was alleged to have committed a drug and firearm-related crime for the benefit of a criminal street gang in violation of Penal Code Section 186.22(b).  A Santa Ana police detective prepared a “gang packet” on the defendant that contained old police reports, field interview cards and other documents which allegedly established his affiliation with the “Delhi gang.”   The officer testified that based on his review of the old reports, the defendant made certain admissions to other police officers that established his membership in the Delhi gang.   During the gang officer’s testimony, the prosecutor posed a lengthy hypothetical question to the officer that assumed the truth of previous statements made by the defendant.   Prosecutors routinely pose such hypothetical questions in gang-related trials.   As always, the gang officer answered the question in a manner that suggested the defendant committed the crime as a member of the gang, and for the benefit of the gang.

In a well-reasoned opinion, Justice Corrigan explained why part of the gang expert’s testimony constituted inadmissible hearsay, and violated the defendant’s Sixth Amendment right to confront his accuser.

The court first defined hearsay.   Hearsay is an out-of-court statement offered for the truth of its content. (citing Evidence Code Section 1200)  A hearsay statement is one in “which a person makes a factual assertion out of court and the proponent seeks to rely on the statement to prove that the assertion is true.”

Pursuant to Evidence Code Section 702, an expert witness may rely on some hearsay as it relates to relevant principles or generalized information.   The Court underscored, however, that an expert is precluded from relating case-specific facts about which the expert has no independent knowledge.   Accordingly, the gang officer’s testimony in Sanchez was overly broad and founded on inadmissible hearsay because he had no personal knowledge of the defendant’s alleged prior admissions.   The Court reasoned that the hypothetical posed to the officer was also inappropriate, stating:

Writing for the court, Justice Corrigan declared that the Court’s ruling “restores the traditional distinction between an expert’s testimony regarding background information and case-specific facts.”  An expert may not, under the guise of providing his reason for an opinion, introduce incompetent hearsay evidence before a jury.  The Court adopted the following rule:

“When an expert relates to the jury case-specific out-of-court statements, and treats the content of those statements as true and accurate to support the expert’s opinion, the statements are hearsay.  It cannot logically be maintained that the statements are not being admitted for their truth.  If the case is one in which a prosecution expert seeks to relate testimonial hearsay, there is a confrontation clause violation unless (1) there is a showing of unavailability and (2) the defendant had a prior opportunity for cross-examination or forfeited that right by wrongdoing.

Justice Corrigan astutely analyzed recent United States Supreme Court cases interpreting the Confrontation Clause of the Sixth Amendment.  Justice Corrigan noted that according to precedent, “testimonial statements are those made primarily to memorialize facts relating to past criminal activity, which could be used like trial testimony.  Nontestimonial statements are those whose primary purpose is to deal with an ongoing emergency or some other purpose unrelated to preserving facts for later use at trial.”

Justice Corrigan found that the gang expert’s testimony concerning prior reports and documents containing the defendant’s past statements constituted testimonial hearsay, thus violating his right to confront his accuser(s) under the Sixth Amendment.

The Sanchez opinion will greatly change the presentation of evidence in gang-related trials.    Prosecutors will be forced to call live witnesses to provide competent evidence regarding past events, rather than rely on a gang expert’s broad use of hearsay to prove criminal allegations.  The end result is that trials should be far more fair for criminal defendant’s accused of gang-related crimes.

The impact of Sanchez is now being felt in civil and criminal courtrooms throughout the State of California.  In April 2017, Mr. Andrew Johnson authored a concise and astute summation of the impacts of Sanchez in his article, entitled “The California Supreme Courts new limitation on an expert’s ability to rely on hearsay evidence.”  The article was published in Plaintiff magazine and is available by online. (click here)  Johnson gives the following practical advice:

“In practical terms, this means that all hearsay statements and opinions must either be subject to a hearsay exception, or admitted through an appropriate witness.  Hearsay statements can no longer be admitted as the basis for an expert opinion. . . .[make sure] you are aware of what evidence is hearsay, how many levels of hearsay exist, what portions of that evidence are subject to hearsay exceptions, and what steps you need to take in order to overcome the enormous burden imposed by Sanchez.”2

William Haney is a criminal defense attorney practicing law in Ventura County.   Mr. Haney is a former supervising prosecutor in the Ventura County District Attorney’s Office.   He also serves as an adjunct faculty member at the prestigious Pepperdine University School of Law.